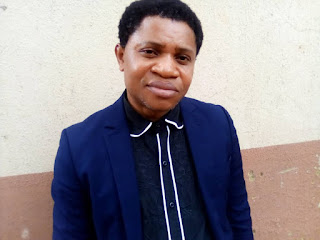 Ogene, who was the immediate past president of Ohaneze in Anambra State, described their demise as great loss. He said: "Their death is a great loss. Rear Admiral Ndubisi Kanu was a strong believer in the Igbo course. Ndigbo have lost a general. We're only praying God to give us another courageous Igbo leader like him. He will be remembered for being a great achiever, who turned Lagos and Imo States around when he was military governor. Senator Onyeabo Obi, on his part, was a well organised Igbo leader, who worked closely with the late Alex Ekweme. He was a great son of Nnewi, and a focused Igbo leader."

On his part, former senator representing Anambra Central at the national assembly, Chief Victor Umeh, also described the death of the two statesmen as double-barrel tragedy for Ndigbo. Umeh, also a former national chairman of the All Progressive Grand Alliance, APGA, said their wise counsels would be greatly missed.  According to him, "Ndigbo have lost two great sons. Ndubisi Kanu was committed towards the promotion of Igbo course in Nigeria. He played great role towards the promotion of Igbo affairs in Lagos. Senator Onyeabo Obi was born by a man, who was a prominent Igbo activist, who led Igbo unions in the sixties. Onyeabo Obi followed his father's footsteps all his life. Ndigbo have lost two great sons in Onyeabo Obi and Ndubisi Kalu. We pray God that we may find their replacements."

In a related development, Chief Emeka Odumegwu Ojukwu jr, son of the late Biafra war lord, Dim Chukwuemeka Odumegwu Ojukwu, also said that the “passing unto glory of two prominent elder statesmen of Igbo extraction, Senator Onyeabo Obi and Admiral Ndubisi Kanu, at a time  Ndigbo need their wisdom and counsel most is, to say the least, shocking.”

Ojukwu, who is also APGA governorship faithful in the 2021 governorship election in Anambra, described both losses as “great and tragic.”

“Both men were the very chip of the old block, who devoted their lives in service to humanity and in pursuit   of greater future for their people. Both are exemplary sons of Nigeria and champions of the Igbo course. We will surely miss their wise counsels and cherished mentorship.”