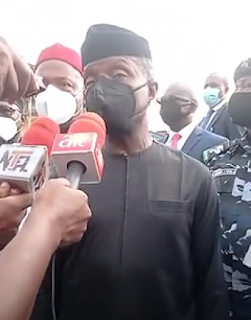 The Vice President was in Owerri to commiserate with the Imo people on the recent attack on Police Headquarters and the Owerri Correctional Facility and to also commission some projects executed by the Sen Hope led government. 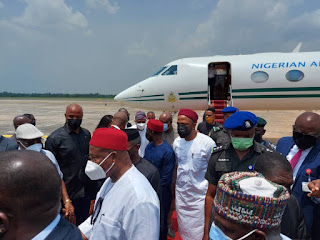 While talking with the press, the Vice President stated that what happened in Imo is an attack on the people and not just the police and correctional center. He said that this attack is condemnable.

He stated that the government has already taken steps to forestall such from happening again, as consultations are already in place from all relevant Government agencies. He promised more enhanced security arrangement for in the state and urged the citizens to go about there various engagement without fear of any molestation.