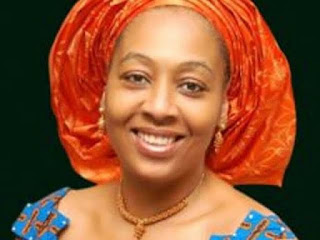 Stars, it appears, are aligning for Lady Chidi Onyemelukwe, a frontline Anambra 2021 governorship aspirant under the platform of the People's Democratic Party (PDP), as she stands poised to secure the buy–in of her comrades ahead of the party's June 26 primary elections.

This danger is even more so with 16 aspirants jostling for the ticket of the party this time around. Of the 16, some are seen to be loyal and dedicated members of the party. Others are viewed differently. Some are even rumoured to be in consultations with other smaller political parties, and watering the grounds to defect and become candidates of other political parties should their aspiration or “gamble” with the PDP not workout.

To avert this usual crisis, it is garnered that some delegates of the party and major stakeholders genuinely interested in the unity of the party are tinkering with the idea of nominating a candidate that is acceptable across board. Of the few possible consensus candidates, Lady Chidi Onyemelukwe tops the list.

Sir Augustine Ike, a public affairs analyst, while airing his views on the matter during a recent virtual conversation hosted by Elombah Television, said Lady Chidi Onyemelukwe may likely emerge as the consensus candidate of the PDP.

According to him, “if the PDP primaries comes to a stalemate and the party wants to come out of it intact, Onyemelukwe is most likely to emerge because she is broadly accepted by all sides of the political power divide.”

Ike is not alone in his views. A statutory delegate of the party from Anaku in Ayamelum Local Government Area of Anambra state said Onyemelukwe easily speaks to all sides of the divide.

“Chidi Onyemelukwe's humble mien, trustworthiness and problem-solving skills have earned her the confidence of her colleagues. If anyone will unite the party after the primaries, it is Onyemelukwe. I pray the party does not make the mistake of nominating a flagbearer that has even a whiff of impropriety. If we do, I see the party going different ways as usual after the primaries. If that happens again, the game would have been over for us before the whistle is blown.”

More so, Onyemelukwe is considered a party woman to the core. PDP as a party tends to be suspicious of new comers, opportunistic or those they view as “food is ready” members of the party.

“All you have to do” said one statutory delegate who spoke on condition of anonymity because party hierarchy forbids executives of the party from publicly taking sides with aspirants at this stage of the campaign, “is to look at the 16 aspirants hoping to secure our nomination and ultimately our support to secure Anambra's top job. Of all of those that were members of the party as at the time of the last governorship election, how many of them supported the flagbearers of the party in 2017?

“You can't work against the party in 2017 only to turn around in 2021 to become the candidate of our party and you expect others not to return the favour and work against you. Even if we miraculously resolve all the differences and elect to work for you, karma has its way of paying back.

“Anyone that will secure the broad support of PDP stakeholders after the primaries must be a core party person who has not worked against the party in anyway from the time he or she joined the party to this time.

Onyemelukwe easily fits into this bill. A party woman to the core, Onyemelukwe has been in the PDP all her political life and has served the party in several capacities.

She served as Special Assistant on SMEs to President Obasanjo, and as Chairman, Federal Housing Authority (FHA) under Presidents Yar'Adua and Goodluck Jonathan.

In 2017, she ran as the PDP Deputy Governorship candidate to Oseloka Obaze in the Anambra gubernatorial elections.

Onyemelukwe served as a member of the 2018 Port Harcourt National Convention Committee, the Secretary of PDP Primary Election Committee in the Lagos 2019 governorship elections, and member of the PDP Ondo 2020 Gubernatorial Primaries Committee.

Two short years after Obaze-Onyemelukwe ticket lost the 2017 elections largely on the account of subterfuge and sabotage by some members of the party, Onyemelukwe served as a member of the Atiku-Obi 2019 Presidential Election Committee. At the time, Onyemelukwe toured the 21 local government areas of the state with Mrs. Margaret Peter Obi and Dr. Ofunne Obaze in order to mobilise support for the Vice-presidential Candidate of the party and other candidates of the party running for State House and National Assembly elections in 2019.

Between 2019 and 2020, Onyemelukwe served as the Secretary, PDP Anambra South Zonal Reconciliation and Negotiation Committee on “Zoning for PDP 2021 Gubernatorial Activities”.

In the heat of the Covid-19 pandemic, Onyemelukwe was again called upon by the party, and chaired the PDP Anambra State Covid-19 Palliative Committee that equitably distributed relief materials around the state in the middle of the stringent lockdowns. Beyond palliatives, her committee also donated Covid-19 testing equipment and other materials to Nnamdi Azikiwe University, Awka.

By all standards, Onyemelukwe acquitted herself in all assignments, to the admiration of all. She is remarkably different and has clearly prepared and distinguished herself for the opportunity that is now before her.

Onyemelukwe is an idea whose time has come. She is a low hanging fruit for the PDP, and the party appears ready to take advantage of the prospects of unity and broad acceptance that she brings to the table.