Court orders transfer of oil well from Bayelsa to Rivers 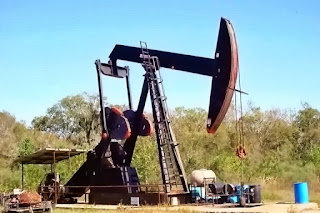 Ekwo ordered the National Boundary Commission, (NBC) to rectify the error in its 11th Edition of Administrative Map which designated San Bartholomew River as the boundary between the two states, instead of River Santa Barbara.

The Rivers government was compelled to file a suit against the Attorney-General of Bayelsa and that of the federation at the Supreme Court in 2009 when the NBC failed to rectify the mistake as promised.
The Supreme Court in 2012 ruled in favour of Rivers and ordered that the error be rectified.

However, the Rivers government was again compelled to institute a suit at the Federal High Court against the NBC when by August the mistake had yet to be corrected. The suit sought for an order of mandamus compelling the NBC to correct the error. The judge ordered the commission to immediately produce the 12th edition of the Administrative Map restoring River Santa Barbara as the inter-state boundary between the two states. This, he said was as it was in 1996 when Bayelsa was carved from Rivers. He added that the commission was duty-bound to obey the July 10, 2012 judgment of the Supreme Court which had affirmed River Santa Barbara as the boundary between the states.

This is done by immediately correction of its self-admitted error of designating River San Bartholomew as the boundary. The judge further ordered that the judgment served on relevant statutory bodies, especially, the Revenue Mobilisation Allocation and Fiscal Commission and the office of the Accountant-General of the Federation. He said this was for them to immediately recompute the amount of oil revenue accruable to Rivers with the transfer of the Soku oil field to the state.