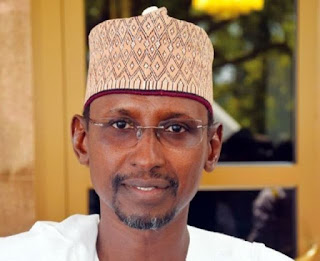 The FCT Minister, Malam Muhammad Bello said that the restriction placed on commercial tricycle operators to certain parts of the city was one of the most difficult decisions that the FCT administration had to make.

Mr Anthony Ogunleye, Chief Press Secretary to the Minister, in a statement on Sunday, said Bello disclosed this during the presentation of the FCT’s 2020 statutory budget to the joint sitting of the Senate and House of Representatives Committees on the

The minister said that the decision was imperative because commercial tricycles by law should not operate on the express and highways along with vehicles as they pose dangers to both passengers and riders.

According to Bello, most roads within the Federal Capital City, were expressways and thus could not accommodate the presence of the commercial tricycles and motorcycles.


He, however, said that the FCTA was not unmindful of the challenges commuters were facing as a result of the policy, adding that strategies were being put in place to improve on the public transportation situation in the FCT.

Bello said that the FCTA was working closely with the commercial tricycle association to explore the possibility of upgrading their operations to taxi cabs.