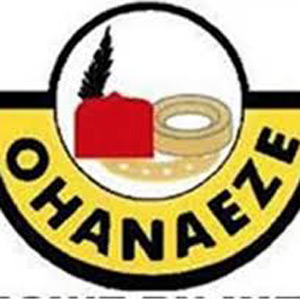 The  President General of Ohaneze Ndigbo, Chief Nnia Nwodo, has been eulogised for his consistent efforts to  speak against the obvious marginalisation of Ndigbo by the Nigerian federation.

Ndigbo Unity Assembly (NUA), in a statement yesterday in Enugu, in Enugu State, said they were particularly happy the way Chief Nwodo has continually spoken truth to power without mincing words.

The Assembly said one of such was his recent letter to President Muhammadu Buhari and the Inspector-General of Police on the  numerous military/para-military and Police check points dotting the major Expressways leading to South East, especially between Lagos and Onitsha Expressway, where he alleged that there were at least 64 check points.

Chief Nwodo in the letter according to the statement  signed by  spokesman,the check points were erected purposely  to extort Ndigbo who mostly ply the road on daily basis to  carry out their businesses.

The Assembly called on the IG to dismantle the check points,  except very necessary ones which must be monitored by special taskforce from his office to reduce corruption.

"They should immediately dismantle  the road blocks especially this season when there is so much traffic due to people returning for Christmas and New Year celebrations" said the group.

Stating that the road blocks constitute hindrance to economic activities in the South East in particular and the country in general, NUA called for immediate overhaul of the postings of Commissioners of Police, officers and ranks in Southern part of the country.

They condemned the flooding of the South East and South South geopolitical zones with the Commissioners of Police and other officers from the Northern part of the country who do not understand the nuances,local languages and peculiarities of the people and the areas.

Sometimes, said the group, most of them were posted with  specific agenda of deepening the marginalisation of the people,like the former removed CP Enugu state who normally gave immunity to murderous Fulani Herdsmen, alleging that apart that the road blocks were erected to extort money, the heavy presence of officers and Commissioners of Police of Northern extraction was allegedly to protect the  Fulani Herdsmen who have constituted themselves as terror to the people.

"Even the few were denied strategic postings , hence the thriving of extortion and suppression on the roads" said NUA..

The Unity Assembly however said it has despatched its members to monitor the activities of Police on the major roads leading to South East and South South, especially Lagos to Onitsha via Enugu  Expressway and other major roads in the zone.

" They have abandoned their duties for extortion of motorists.

Such officers would be captured, forwarded to relevant authorities" they warned.

They called on the South East Governors not to keep sealed lips on this matter but speak out to relevant authorities for the interest of their people.
Email Post