When A Man Dies, Tongues Wag Like A Tail 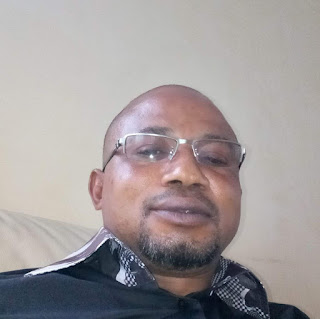 For, it is appointed man to die, once. It is better to rebuke a living to enable him mend his ways than to curse the dead as there is no repentance in the grave.

I have kept mute since the death and burial of Mallam Abba Kyari. The more I want to keep mute, the more I read from my people, with majority speaking ill of the dead; the more am pricked to pen a piece and see if I could correct some wrong impressions, the more am weighed down. It has become our tradition to like or hate from the things we heard about a person either for the wrong or right reasons. Late Kyari wasn't much known before his assumption of office. His new role made him vulnerable as he was accused of almost all decisions which were taken by the government and president he served. How many of us pouring curses on him were privileged to meet him one on one during his life time? Before you hate or like a person, you must have come in close contact with that person to be able to have a good informed opinion. When we reason through others, our actions and inactions are hinged on the thinking and feeling of others, which are mostly not correct. When you choose to make your friends friend your friend, or your friends enemy, your enemy, you are bound to make wrong decisions. Choose your friends and make your enemies on your personal perceptions.

Though, my tune may not be in tandem with that of the "supposedly mainstream", the truth must be told. I am conscious of the fact that our elders in those days are always in sober mood when a soul is lost, even that of a perceived "bad" neighbour.

Most commentators in social media claims that Late Abba Kyari was the de facto president. Some called Mr. President a remote controlled by Mallam Kyari. The fact remains that late Kyari was a close confidant of Mr. President with unalloyed loyalty. His loyalty and sagacity in administration came to bare during the period Mr. President was away on medicals at Abuja House, London. Late Kyari cooperated with the Acting President to the extent that the long absence of Mr. President was not visibly noticed. The Office of the Chief of Staff to Mr. President, though, alien to relevant laws, was borrowed from the era of the military rule like that of the office of a First Lady. What is expected from the holder of such an office? What are his duties and functions? As a man under authority, did late Kyari abuse his office while in service? Who should a Chief of Staff be loyal to? Can a chief of staff take action(s) with no recourse to his boss? As office of the chief of staff is likened to that of a personal aide, only the principal is in the position to give account of steward of his aides.

Inasmuch as the office which late Kyari occupied while alive is supposedly a personal aide to Mr. President same as those before him, there is no gainsaying that the late Mallam played visible roles in administration of President Muhammadu Buhari until his death. As expected of him, late Kyari stood in the gap caused by nature. He was a close ally, confidant and trusted subordinate. He was seen as head of a "clique" in the presidency. Does cabals exists, yes, even in village settings. But how did late Abba Kyari assumed such an influential position that made him visible in all facets of PMB administration?

Prior to inauguration of Muhammadu Buhari as President and Commander-in-Chief, Federal Republic of Nigeria, Ambassador Babagana Kingibe was wildly believed to have been penciled as the Chief of Staff to Mr. President. It was the Presidents uncle, Mallam Mamman Daura who recommended his age long friend, Late Mallam Abba Kyari to Muhammadu Buhari. As a man who believes in the opinion of his uncle, PMB appointed late Kyari into the position that requires a trusted, tested and sound administrator. Until the cold hands of death through coronavirus snatched him from active service, most people believed that Covid-19 in Nigeria is a scam. With the death of Mallam Kyari, coronavirus is now seen as real in the country. According to former president Olusegun Obasanjo, "it is time for us to come together in unity to enable us fight this pandemic ...".

However, the insinuations making waves on an envisaged crisis within the next few weeks in the Presidency might not come by. Though, slow to anger and approach to issues, we have a rejuvenated president who is well able and fit to discharge his duties. It is on record that during the isolation and treatment of late Kyari from office due to coronavirus disease he contracted in Germany, PMB has been functioning very efficiently. PMB within the time under review has addressed the nation twice and gave Presidential Orders. President Buhari is not new to governance and in all his carers, he has excelled and remains the most successful military officer cum politician we have had as no Nigerian living or dead has held series of influential positions like him. But, how did he survive the deadly disease after his close ally tested positive and later died from it? Is it possible for late Kyari to have not come into close contact with Mr. President upon his return from Germany before he developed symptoms and tested positive? "I will curse whosoever I will curse, and I will be merciful to anyone I wish". Is it not miraculous that PMB survived a protracted illness sometime ago and just survived been infected with coronavirus by his topmost aide? God said that His Grace is sufficient enough for us, His mercy endureth forever. Let us have a RETHINK.

In every administration, there are unseen hands that necessarily act behind the scene. President Buhari has much confidence in the wisdom of his uncle Mallam Mamman Daura. PMB has much respect and regard for Mallam Daura, thus, the cry of Aisha. Mallam Daura is the most influential being in present administration though unseen. Now that Mallam Kyari is dead and buried, who will succeed him as Chief of Staff to Mr. President is the choice that awaits PMB and his handlers. Will Mallam Daura nominate a successor or allow Ambassador Babagana Kingibe to succeed the late mallam is the decision to be made within the next crucial hours. Every being has his own flaws, same as the late mallam. The way I read negative articles about the man Kyari is the way I read positives about him, each divide writing from their own stand point.

Noting that death is an inevitable process which all mortals must pass through, I refrain from praise singing or using derogatory words on the dead, rather, even if such person is on sick bed, I will lay bare my thoughts on what such a person ought to have done but failed to do. If the late mallam was over ambitious, its between him and his maker. If he had used his position to  corruptly enrich himself, now that he is dead, what happens to such wealth? While we the living either mourn or rejoice over the death of Mallam Abba Kyari, I believe we must have learnt either one good or bad thing from him either in death or while he was alive.

We shout vanity upon vanity once a public figure dies but fail to make amends and live a life worthy of emulation. Do a proper assessment of yourself and tell us how you have been of help to humanity. In that little position you are occupying, how have you used it to better the lots of people around you? If the number that shouts vanities, vanities when a person dies does the right thing, this world will be a better place to live. Let us stop that lip service and turn a new leaf to enable us live happily with one another.

Yes, death has come, all I have to say is adieu Mallam Abba Kyari.