COVID19: 260 Nigerians set to be evacuated from India – FG 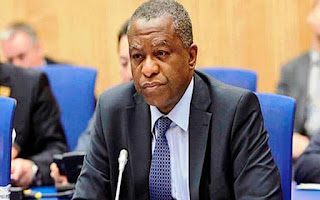 The Federal Government has announced that 260 Nigerians are expected to return from India on Saturday, June 13. Nigeria’s Minister of Foreign Affairs, Geoffrey Onyeama, disclosed this on Friday night via his official Twitter handle.

He also explained that the government’s planned evacuations commenced as scheduled, and that some 102 Nigerians had already been successfully evacuated from Egypt.

Also, the evacuation protocols announced by the Minister have been implemented, with the arrival of the first evacuees. According to Ms Sarah Sanda, Onyeama’s Special Assistant on Media, the returnees who arrived via the Nnamdi Azikiwe International Airport, Abuja, are already self-isolating and will undergo the Polymerase Chain Reaction (PCR) testing within 72 hours.

Sanda said in an interview with NAN that the same procedures would be applied with the expected returnees from India, after which they would also undergo a mandatory 14-day self-isolation.