POWER IS NOT SERVED A LA CARTE: DECONSTRUCTING THE FALSEHOOD. 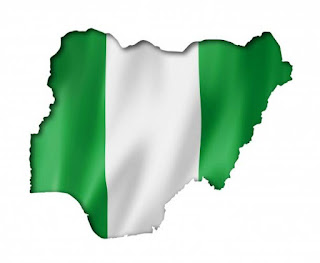 According to our great sage Chinua Achebe of blessed memory, “until the lions have their own historians, the history of the hunt will always glorify the hunter”.

As the life span of the President Mohammadu Buhari’s administration gradually comes to a glorious end with the imminent change of guard, alignments and realignments have started with many already jostling for the highly exalted position. Among the things that characterizes this era are political correctness and political statements. One of those statements thrown loosely is “Power is taken and not given”

The phrase “nobody gives you power; you have to grab it” credited to Gloria Steinem has unwittingly gained the aura of truth while in the face of Nigerian democratic reality it falls flat on its face.

This phrase is used by pundits and politicians to underscore there perceived knowledge of politics. Recently, a Political chieftain, Alhaji Tanko Yakasai was quoted as saying “Igbos should not expect power to be served on them, they should build bridges if they want a president of Southeast extraction.” According to him “power is taken and not given.” This is one among many. While hoping to find time in some other fora to discuss how the Igbos are the highest bridge builders “ from Alaba Lagos to Sabon Gari in  Kano” I shall labor here to put the records straight by showing that, indeed power is given in a democratic setting like ours.

Though space may not permit us but a little voyage through the history lane exposes the statement that “power is not given, but can only be grabbed” to be shallow, hollow, spurious and lacking in the slightest dint and scintilla of truth when confronted with history laced with facts.

The fact is, power can either be given or taken by force as in the military Coup d'état. This is  the  norm in Nigeria and other parts of the world.

An apt and instructive illustration that power is given was evidenced in 1998 when Nigeria began her transition to democracy and civil rule. The politician who was then most prominent in the political terrain was Dr Alex Ekwueme. His position as a former vice president in addition to his position as the leader of the G34 that opposed the draconian rule of General Sani Abacha favored his course. Ekwueme was also well educated and filled with ideas, calmness of spirit, and the requisite leadership qualities.

However, there was a general feeling on the need to placate  the South-West for the presumed injustice meted at Chief MKO Abiola, who was denied his presumed presidential victory in 1993 by General Ibrahim Babangida, which was sustained by Abacha. Abacha had arrested and detained Abiola in 1994 for declaring himself the winner of the 1993 election and therefore the president of Nigeria. Abiola died mysteriously in detention in 1998 after the death of Abacha, at a time there were hopes that he would soon be released and possibly given back his mandate.

The military hierarchy, especially serving and retired generals of Northern extraction, narrowed the choice of president down to Chief Olusegun Obasanjo. They saw him as the only person from the South-West that they could trust, to lead Nigeria, because of their belief that he would not work against their interest and the interest of the North. They had worked with him between 1976 and 1979 when he was the military head of state.

When the issue of being the president was raised, he asked how many presidents, those behind it wanted to make out of him, having led Nigeria before.

However, those who were bent on having him as the president did not  relent. They registered him in the Peoples Democratic Party, bought the presidential form of the party and bankrolled his campaign. Obasanjo defeated Ekwueme by a wide margin to become PDP’s presidential candidate at the party’s primary in Jos, Plateau State.

Right from when Obasanjo was approached to contest the election, one could see that his emergence as the president in 1999 was a fait accompli. General Theophilus Danjuma said that much, when he threatened to go on exile if Obasanjo did not become the president in 1999. Therefore, power was handed over to Obasanjo on a silver platter. He did not grab it.

Again, in 2006, After Obasanjo’s third-term ambition was dashed, by the Senate, led by Senator Ken Nnamani, Obasanjo single-handedly, chose Alhaji Umaru Yar’Adua and Dr Goodluck Jonathan as the candidate and running-mate respectively, over Atiku Abubakar, Dr Peter Odili, Mr Donald Duke and others who put in more efforts to win the primaries. Yar’Adua never showed any interest in the presidency. Obasanjo picked him and made him the president of Nigeria.

Premised on the above backdrop, one could clearly glean that in a democratic setting, power is served a la carte unlike in military regime where power is taken by force. Power is given especially in Nigeria for many reasons and considerations, especially for National cohesion and unity. While in the case of Obasanjo power was handed to him in a bid to appease the Southwest for the perceived injustice meted at MKO Abiola, In the case of Jonathan it was given to solve the problem of minority; to give the minority a sense of belonging and also to quell the rising surge of militancy in the region.

Without contention, the Southeast (Igbos) is an integral component of Nigeria, the Igbo ethnic group is one of the Tripod on which Nigeria stands. While the other two regions have had a fair share of the pinnacle of power, the Igbos have never tasted such, not even the position of a Vice President, since the advent of our nascent democracy. If power could be given to the Southwest to placate the presumed injustice meted at one Man, MKO Abiola, it becomes equitable, fair and just to mollify the South East for the role they have continued to play in the uniting Nigeria. Allowing the Igbos produce the Next president of Nigeria will in no small measure mitigate and heal the wounds of the 6 Jul 1967 – 15 Jan 1970 civil war and indeed give them a  deserved sense of belonging. This will foster national cohesion and serve as a veritable tool of reintegration. More so, factoring the SouthEast in the political equation of Nigeria will go a long way to douse the vociferous outcry of marginalization by the region and without doubt, quell the clamor for secession just as the election of President Goodluck Jonathan essentially put paid to action, the militancy agitations of the Niger Delta region.

Now, we have been able to established that power is given in a democratic setting based on prevailing circumstances, especially on the need to give all components of the nation their deserved sense of belonging. It is also apposite at this point to say clearly that though power is given; it’s not given away.

Are we asking President Mohammadu Buhari to give away power? NO! Power is shared for continuity and consolidation.

It should be a personality, whose past services to the country is in tandem with the progressive nature of President Buhari. One who has proved his loyalty to be unflinching. One who has earned his trust. President Buhari should support a man who sincerely believes in his agenda of transforming Nigeria. One who will leverage on his achievements and consolidate on his giant strides.

I, therefore ask, that President Buhari and the ruling APC goverment, should support a personality from the South East towards becoming the next president of Nigeria to ensure that the various agitations for secession is doused for a more united and peaceful Nigeria.