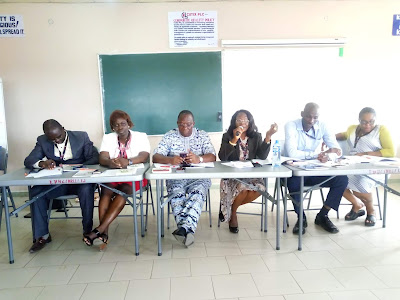 Cable manufacturing company, CUTIX Plc, Nnewi, has posted a revenue and profit before tax of N5.1 billion and N661.6 million respectively in first quarter (FY) 2018 which ended in April 30, 2018.

Ifeanyi Uzodike, Chief Executive Officer of the company made the disclosure on Tuesday in Nnewi during a Pre- AGM Press briefing.

According to the CEO, when compared to FY 2017 figures of N3.7 billion and N370.1 million, respectively.

The growth represents an increase of 38% in revenue and 71% in profit before tax.

He said the company's overall performance was fair taking into consideration the economic situation of Nigeria; adding that even in the face of the economic reality in the country, the company had maintained its normal staff strength of over 200 persons.

Uzodike, who is billed to step down as CEO of CUTIX Plc in November this year, also informed his audience that between the time he took over as the CEO of the company at the second half of 2019 and April 2018, the company's revenue profile rose from N1.32 billion to N5.1 billion; adding that profit before tax grew from N134.1 million to N661.6 million; just as profit after tax rose from N78. 3 million to N440.3 million.

While introducing Mrs. Ijeoma Oduonye, former Company Secretary of CUTIX Plc as the CEO designate for the company, said he is happy to hand over the baton to the new leadership, whom he said is also a capable hand.

In her brief remarks during the event, Ijeoma Oduonye, former company secretary, and CEO designate, CUTIX Plc said her vision for the company would be to look inside out to bring the best for the company without compromising on the quality for which CUTIX Plc is known for. She also called on government to give boost to the power sector as, diesel take chunk of the company’s profit annually.

The new Company Secretary, CUTIX PLC, Chinwe Nwokporo, thanked all stakeholders, who supported and cooperated with the company over the period to keep it afloat.
Email Post