FG did everything possible to save Hauwa – Lai Mohammed 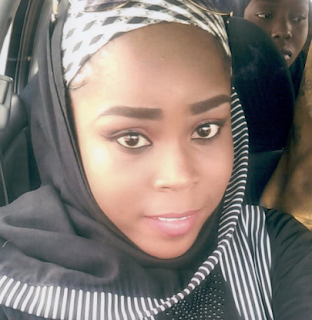 Boko Haram Executes Hauwa; Leah to live as slave The Nigerian Government has said it was shocked and saddened at the killing of another aid worker, Hauwa Mohammed Liman by Boko Haram on Monday, despite the actions taken by the government and the widespread appeal to save the young woman.
In a statement issued in London on Monday, the Minister of Information and Culture, Alhaji Lai Mohammed, described the killing as dastardly, inhuman and ungodly, saying nothing can justify the shedding of the blood of innocent people. He commiserated with the family of the aid worker, and said the Federal Government did all within its powers to save her life. Fayose’s four years in a moment ”It is very unfortunate that it has come to this. Before and after the deadline issued by her abductors, the Federal Government did everything any responsible government should do to save the aid worker. ”As we have been doing since these young women were abducted, we kept the line of negotiations open all through. In all the negotiations, we acted in the best interest of the women and the country as a whole. ”We are deeply pained by this killing, just like we were by the recent killing of the first aid worker. However, we will keep the negotiations open and continue to work to free the innocent women who remain in the custody of their abductors,” the Minister said. He thanked all the friendly governments that have continued to work with Nigeria for the safe release of the abducted women, and the clerics across religious lines who have been pleading for their release. Boko Haram sticks with deadline: Executes another aid worker; Leah to live as slave Look for Fatima, tell her they are taking us away—Hauwa’s last words The Islamic State West Africa Province, ISWAP, a faction of Boko Haram, Monday, executed Hauwa Leman, an aid worker with the International Committee of the Red Cross, ICRC, less than 24 hours after ICRC pleaded with government to avert her killing as yesterday’s deadline given by the insurgents approached. The terrorists also promised to keep Leah Sharibu, the Dapchi schoolgirl, as “a slave for life,” TheCable gathered. In a short clip seen by TheCable’s correspondent, Leman was forced to kneel down, with her hands tied inside a white hijab that has a crest symbol, and then shot her at a close range. In September, the insurgents killed Saifura Ahmed, one of the three humanitarian workers abducted in Rann, Kala Balge Local Government Area of Borno State in March, in a similar manner. Leman, a 24-year-old nurse and student of Health Education at the University of Maiduguri, was in the group that was abducted. Four soldiers, four policemen and three humanitarian aid workers were killed in the attack. ICRC begged FG over deadline Toafiq Toure, ICRC Operational Communication delegate, Maiduguri sub-delegation, had on Sunday pleaded with the Federal Government to avert Leman’s killing as yesterday’s deadline given by the insurgents loomed. ISWAP, in a short statement, said: “We have kept our word exactly as we said by killing another humanitarian worker, Hauwa Leman, who is working with the International Committee of the Red Cross, ICRC, that were abducted during a raid on a military facility in Rann, Kala Balge in March 2018. “Saifura and Hauwa were killed because they are considered as Murtads (apostates) by the group because they were once Muslims that have abandoned their Islam the moment they chose to work with the Red Cross, and for us there is no difference between Red Cross and UNICEF. “If we see them, we will kill the apostates among them, men or women, and chose to kill or keep the infidels as slaves, men or women.” Leah’s life of slavery Meanwhile, ISWAP has threatened to keep Leah Sharibu as a slave. She is the only Christian among the 110 girls abducted at Government Girls’ Science and Technical College, Dapchi, Yobe State, on February 19. While other girls were released, she was kept back because she refused to renounce her Christian faith. There has been a global plea for her release. The group said in the statement that Alice Ngaddah, a Christian who works with UNICEF, will also be kept as a slave. “From today,” ISWAP said, “Sharibu, 15, and Ngaddah, a mother of two, are now our slaves. Based on our doctrines, it is now lawful for us to do whatever we want to do with them.” Hauwa’s message In an audio message sent to one of her male friends when she was captured in March, Hauwa Leman, who spoke in Hausa, said her parents should be informed that she had been kidnapped. Running and panting, the victim said: “We are under attack in Rann. They are shooting everywhere. Please, pray for me; please go and tell my parents that I am in trouble. “Please, look for Fatima and tell her they are taking us away. They have entered here now.” At that point, a male voice ordered her to keep quiet and not to move an inch. That was the last that was heard from her.

Boko Haram Executes Hauwa; Leah to live as slave The Nigerian Government has said it was shocked and saddened at the killing of another aid worker, Hauwa Mohammed Liman by Boko Haram on Monday, despite the actions taken by the government and the widespread appeal to save the young woman.